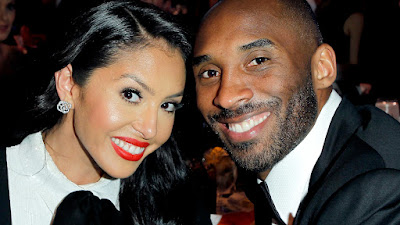 Following the tragic death of Kobe Bryant and his daughter Gianna Bryant on January 26, 2020, Vanessa Bryant discovered photos of her deceased husband and daughter had allegedly been shared by members of the Los Angeles County Sheriff's Department. In September 2020, Vanessa filed a civil suit against the Sheriff's Department, alleging eight department members took photos of Kobe and Gianna's remains at the crash site using their personal phones, later showing the gruesome pictures in public settings. In December 2021, a case dismissal request from the Los Angeles County was denied. "It infuriates me that the people I trusted to protect the dignity of my husband and daughter abused their positions to obtain souvenirs of their deaths," Vanessa said at the time, per People.
Shortly after selecting a jury, the case went to trial on August 10. Vanessa's lawyer, Luis Li, had strong words in his opening statements. "They took and shared pictures of Kobe and Gianna as souvenirs," Li told the jury, per Rolling Stone. "They took close-ups of limbs, of burnt flesh." Later testimonies about photos of her late husband and daughter's remains proved too much for Vanessa, and she reportedly left the courtroom amid sobs.
Sadly, the painful testimony isn't over for Vanessa, as a new witness recalled a horrifying joke one firefighter allegedly made about Kobe's remains, according to Nicki Swift's courtroom reporter.
The first witness to take the stand on August 12 was Luella Weireter, whose husband Cody Weireter is a captain at the Los Angeles Fire Department. Luella has a unique connection to the case, as she not only witnessed members of the Los Angeles County Sheriff's Department allegedly sharing graphic photos of the victims' remains, but her cousin, Keri Altobelli, also died in the same helicopter crash. According to a Nicki Swift courtroom reporter, the witness recalled attending the Golden Mike Awards in February 2020, only weeks after the fatal crash. While on the stand, Luella alleged Fire Captain Tony Imbrenda showed the disturbing photos at the event to a group that included Fire Fighter Specialist Sky Cornell.
Both Luella and her husband did not look at the photos, but it was clear to her what was going on. "They were looking at photos of the accident site," Luella said during her tearful testimony, per a Nicki Swift reporter. At one point, Imbrenda's wife — who was unaware of Luella's connection to Altobelli — tried to get her to look at the photos, describing her demeanor as "excited."
According to Luella, the group looked at the photos for around five minutes. Afterward, the witness recalled Cornell allegedly joking about the grisly photos. "I can't believe I just looked at Kobe's burnt up body and now I'm about to eat," Luella claimed he said, visibly choking up at the memory. Meanwhile, our reporter observed Vanessa silently crying with her head in her hands, staying that way through much of the remaining testimony.